Let us know what interests you below!

To demonstrate the Dover Area School District's deep appreciation for the brave men and women who serve to protect our country and citizens, a Veterans' Memorial Committee and the Dover Area School District plan to erect a memorial in honor of all Veterans including Dover Alumni and Staff to highlight the remarkable contributions so many have given. 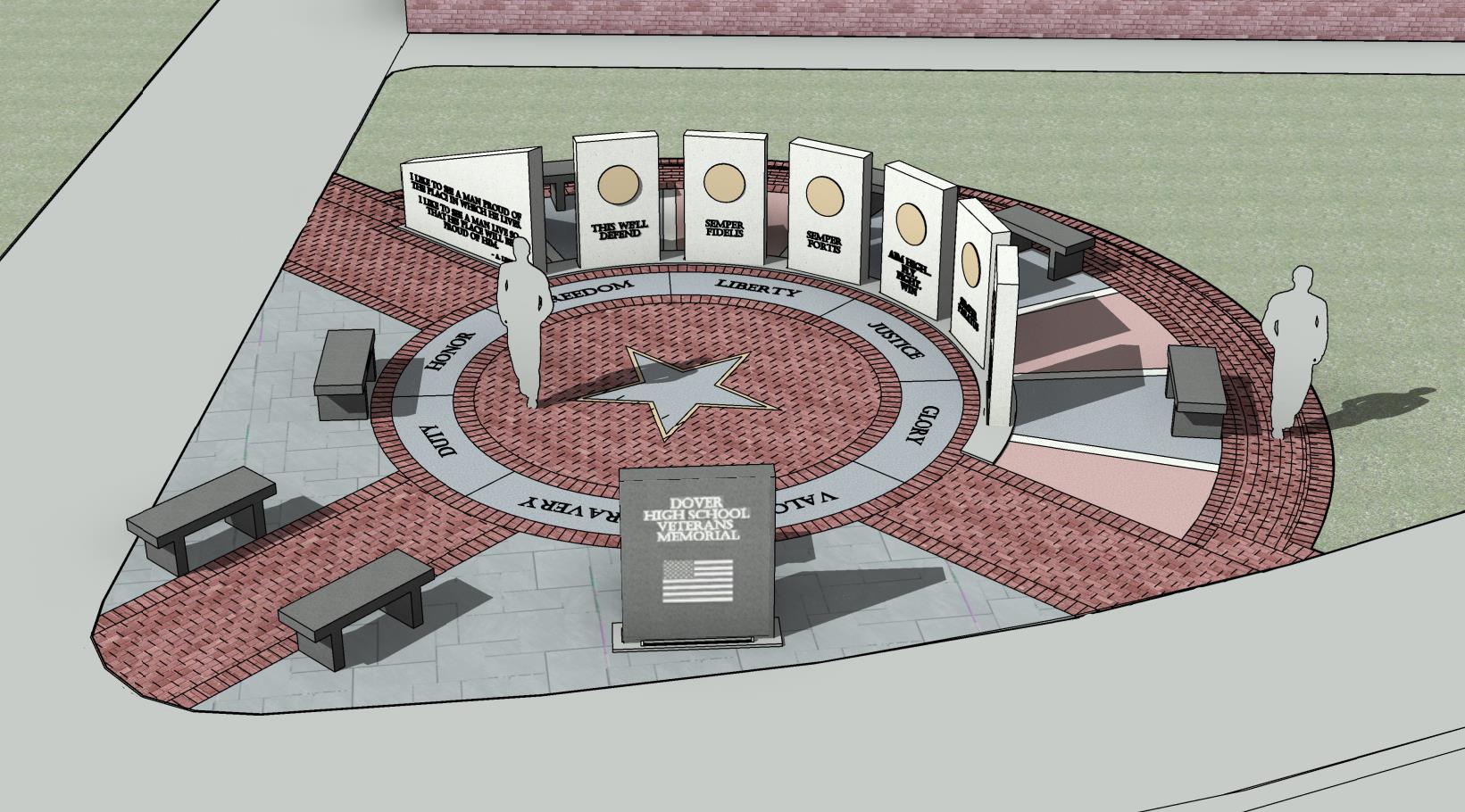 The design of the memorial, as depicted to the left, will be constructed with granite pylons for each of the branches of the United States Armed Services. The front of each pylon will state the name of the branch, have a bronze seal of the branch and their motto will be etched below. The back of the pylons will be etched so that when viewed the viewer will see the American flag. The one side wall will contain an inspirational quote and the dark pylon in the front will contain contractors' names along with other major contributors to the memorial.

In addition to accepting financial donations, material donations, and volunteer commitments, we will offer the opportunity to purchase inscribed brick pavers of dedications "In Memory of..." or "in Honor of..." at the site. Brick pavers will recognize all Veterans who have served their country. All donors will be recognized on the district's website, in the district newsletter, and in dedication program materials. There will be a public dedication ceremony on the site when the construction has been completed.

The planned Veterans Memorial, while serving its primary purpose as an enduring tribute to the many brave men and women who served in the Armed Forces, will also serve as a resource to District teachers in various subject matters. First and foremost, the memorial will serve as an important asset in both history and civics education.

As Rebecca Winthrop of the Brookings Institution noted in 2020, "American's participation in civic life is essential to sustaining our democratic form of government. Without it, a government of the people, by the people, and for the people will not last".[1] However, today's understanding of basic civic knowledge is lacking. According to the Brookings report, "1 in 4… are unable to name the three branches of government".[2] Additionally, according to the National Conference of State Legislatures, less than eight percent (8%) of Americans are veterans.[3] Simply put, there is a dire need for students to better understand civic engagement and the importance of public service.

The Murphy Dittenhafer Architects designed memorial will allow teachers to add personal names and stories to the historical significance of America's conflicts by incorporating local veterans into their education plans. Teachers will be able to take students to the memorial and instruct them about the various branches of the Military and the role that those branches played in the history of America. It is intended that the Memorial will enhance interest in genuine civic engagement and public service - both so desperately needed today. In short, we believe this Memorial will serve various roles in the Dover Community.

[3] National Conference of State Legislatures, Veterans by the Numbers, November 10, 2017; available at https://www.ncsl.org/blog/2017/11/10/veterans-by-the-numbers.aspx. 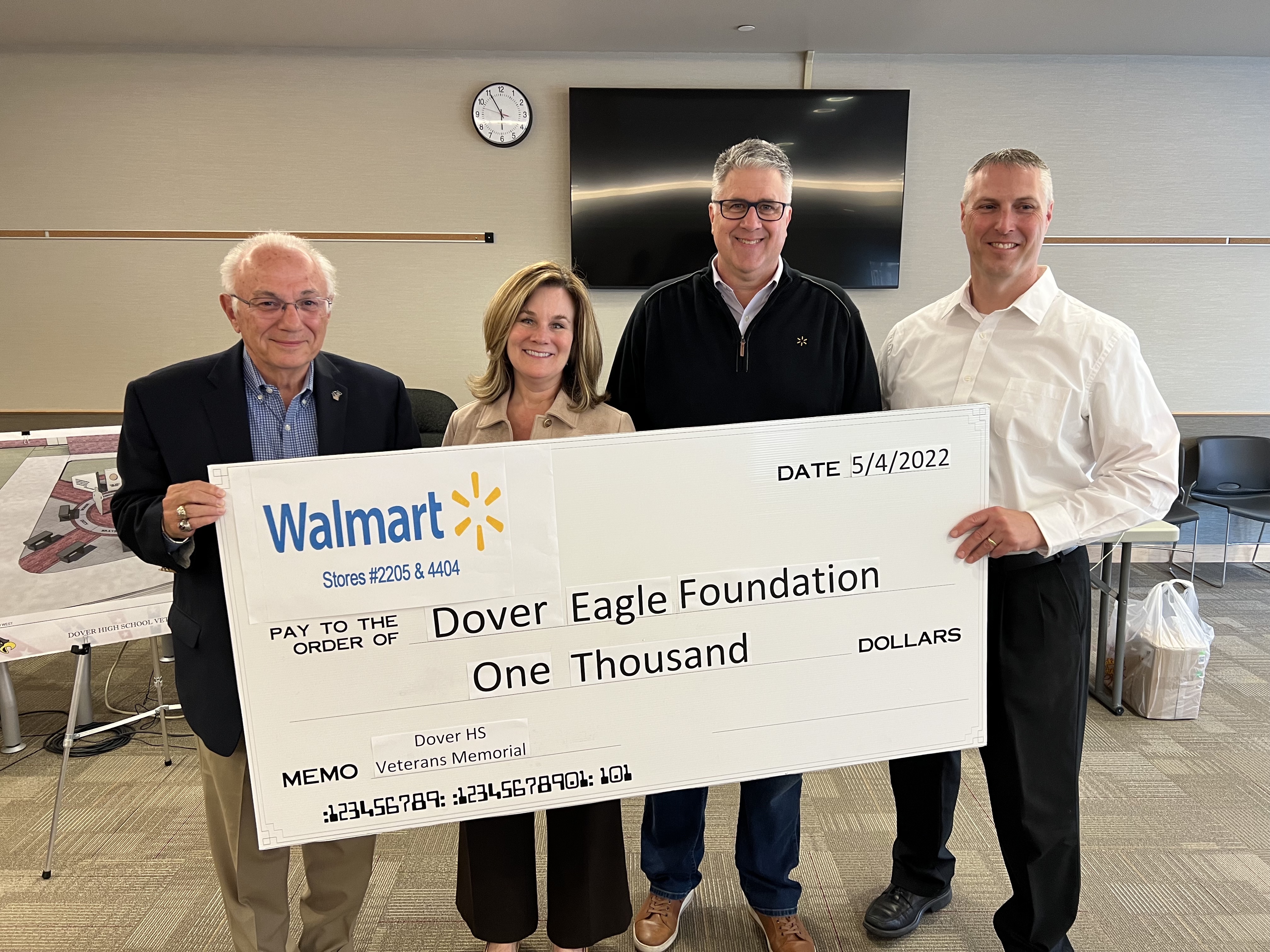 Thank You To WALMART For Their Generosity

Walmart has contributed a very generous amount of $1,000 towards our project. As with any and all donations, we are immensely grateful. If your business would like to be involved and would like to contribute, please reach out.

Huge Thank You To Our FIRST Supporters

Hawks Gunning Club and Shiloh American Legion Post 791 generously become the Veteran's Memorial first supporters. We are beyond appreciative of their support with this great community project. 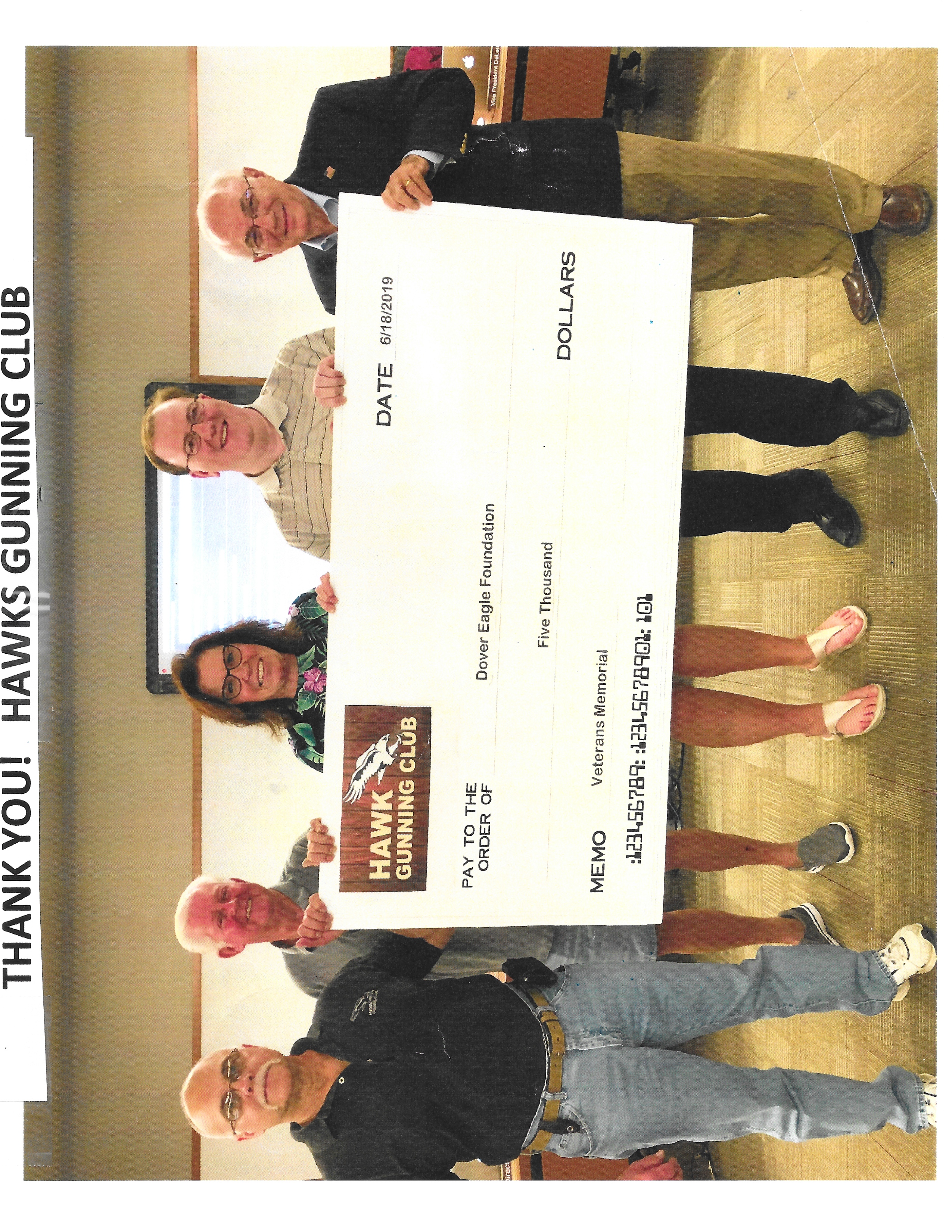 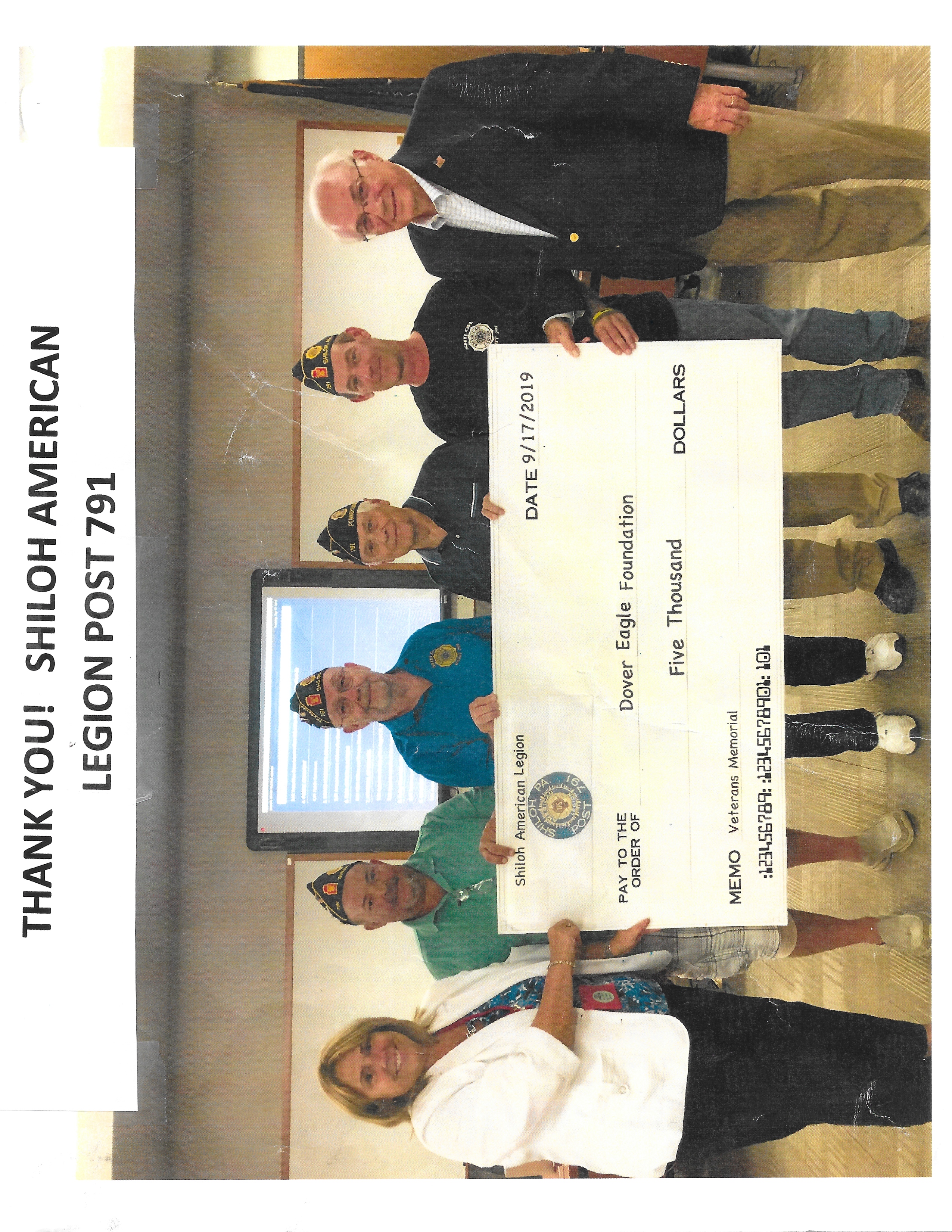 We would be grateful for any and all support you're able to give both financially and in other resources. If you would like to learn more about how to support this project and be more involved in the Veterans Memorial Project, please reach out to Brad Jacobs at bcj402@Verizon.net. If you would like to download and view our current Contribution Brochure, please click the button below.

One of the great ways to support this project is by purchasing a brick paver that will be used in the construction of this project. We have two different size options to choose from.

up to 3 total lines of inscription,

up to 4 total lines of inscription,

To purchase a paver, please download the donation brochure by click the button below, filling out the "Paver Request" section, and mail the completed form to: